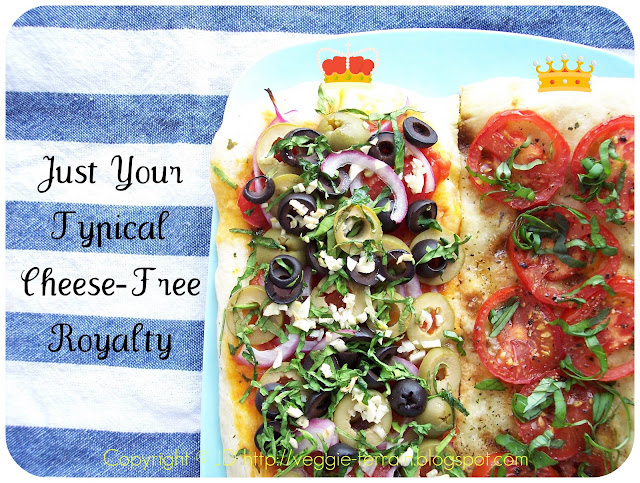 So, here's the deal: I was never a big "cheese lover" when it came to pizza (even before becoming vegan). I always hated how the melted cheese got super-stringy, like an obnoxiously long strand of gum or something.

Basically (in my book) too much cheese = too much chewing + too many distractions, which does not make for an enjoyable pizza-eating experience.

That's why I always found it kinda crazy when people would go ballistic about vegans eating cheese-less pizza. ("No cheese, what's the point?" "You're ruining that pizza, ya know!") 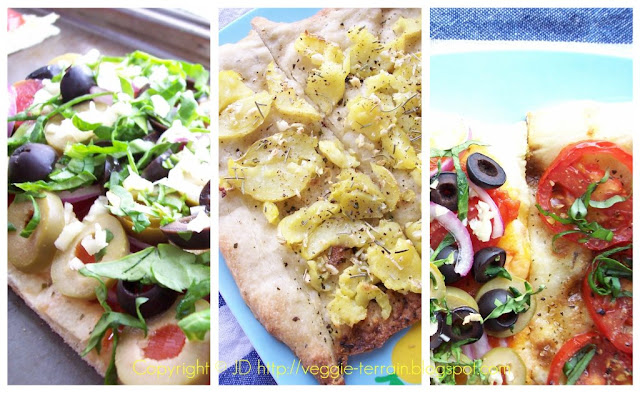 However, I'm here to tell you that it doesn't have to be that way. You don't have to permanently give up your faux-cheese, or even become vegan, but I implore you to give homemade cheese-less pizza a try! 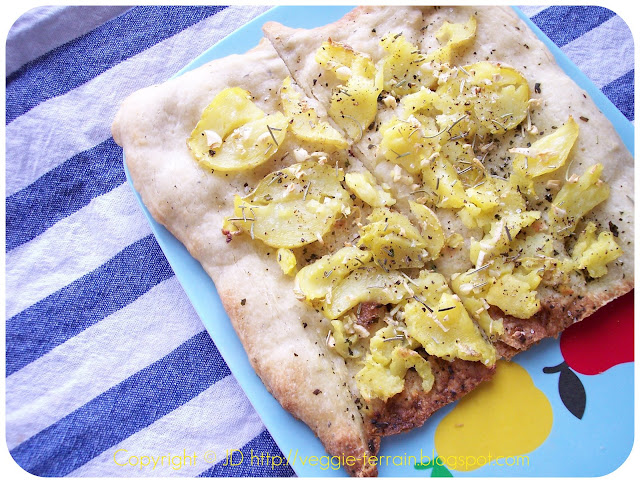 This pizza pictured above is one of my favorites: Potato + Rosemary. It's simple to prepare, and it'll make your belly happy in the special way that only carbs, plus more carbs, can!

To make it, start by lightly brushing your flatbread with some olive oil. (I bought my flatbread at Target - of all places - but you could just as easily make your own.) Top it with a few thinly sliced Yukon Gold potatoes (you should microwave them first so they're baked before the pizza goes into the oven). Brush the potatoes lightly with olive oil, then sprinkle them with fresh ground black pepper and Kosher salt. Top everything off with some dried rosemary (roll it in your hands to release the flavor, and use as much/little as you like). Finally, add a few cloves of crushed garlic to your pizza before cooking it. Bake for approx. 10 mins in a 400 degree oven. 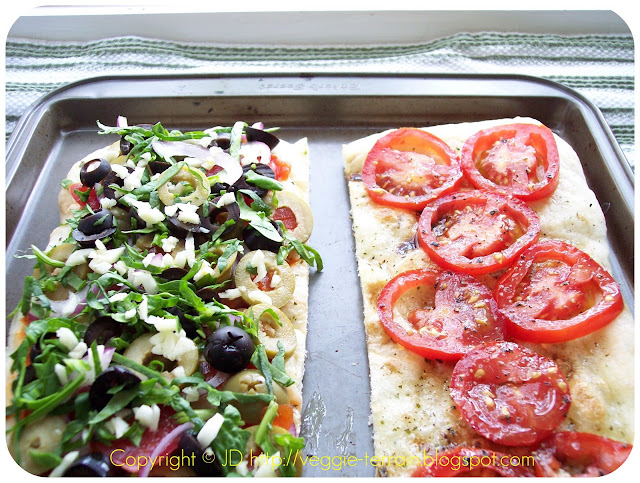 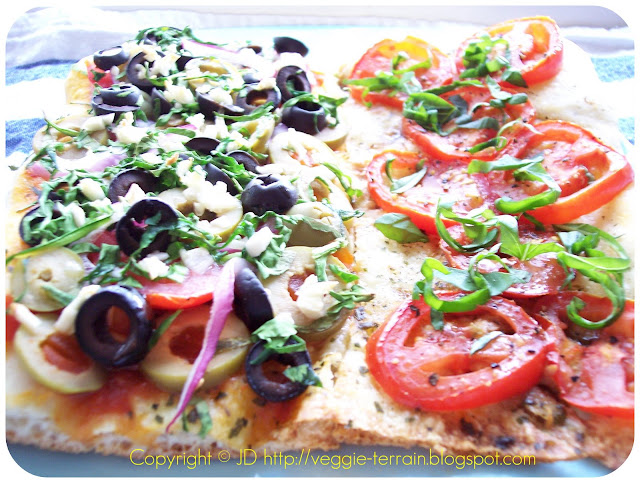 the pizzas before and after baking

The pizzas pictured, above, are named The Super Veggie, and Tommy Basil, respectively. The Tommy Basil springs forth from my love of balsamic vinegar, which pairs perfectly with tomatoes, while The Super Veggie has obvious origins.

To prepare the Tommy Basil, brush your flatbread with olive oil, and top it with several thinly sliced tomatoes. Next, liberally sprinkle the entire pizza with Kosher salt and fresh ground black pepper. Then, drizzle a few teaspoons of good-quality balsamic vinegar over the tomatoes. Finally, stack several leaves of fresh basil on top of one another and cut them into a chiffonade, reserving them until the pizza has cooked. Bake at 400 degrees for approx. 10 mins, remembering to scatter the basil on top when it's done. 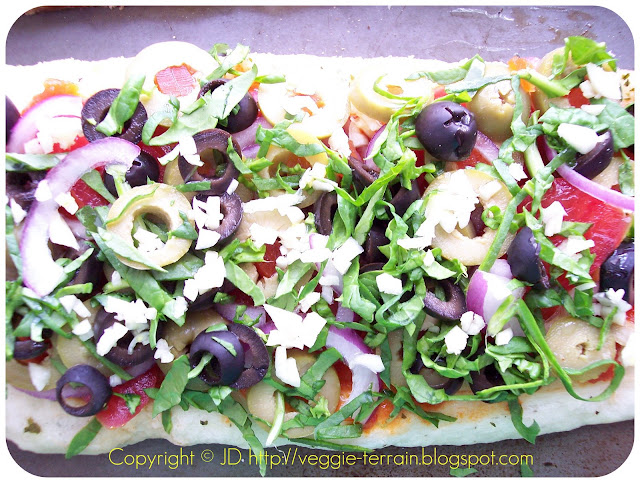 To make The Super Veggie, begin by spreading a tomato-based sauce (I used leftover arrabiata sauce) over your flatbread, leaving a bit of space along the edges to create a "crust." Next, top with a few sliced tomatoes, some thinly sliced red onion, and gobs of sliced green and black olives. Then, scatter a few handfuls of spinach (cut into a chiffonade) on top. Finally, press a few cloves of garlic over the whole thing, taking care to spread it evenly over the entire pizza. Bake in a 400 degree oven for approx. 10 mins. 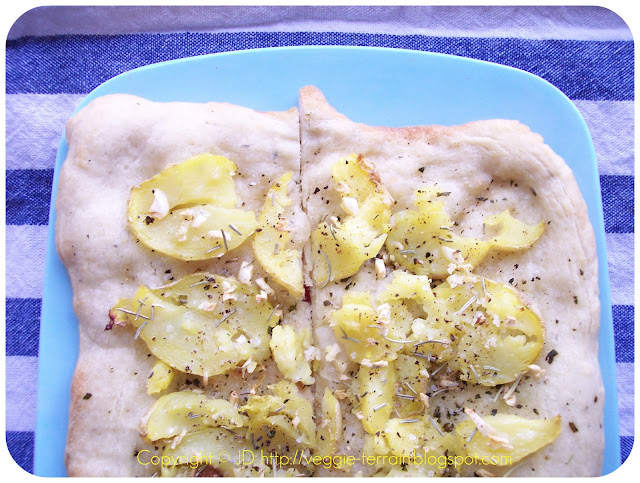