CH and I recently got back from Portland, OR (it was our second trip there in less than a year!), and I'm pretty sure that Portlanders are doing just about everything right. They have good food, delicious coffee, nice weather, beautiful scenery, laid-back attitudes... 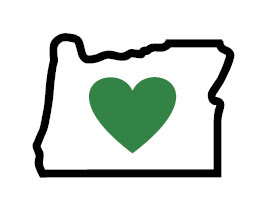 I could go on and on.

However, since my love affair with Portland isn't likely to end anytime soon, I suppose the least I can do is try to share it with all of you!


Since CH and I are serious bagel lovers, stopping at Kettleman Bagel Company (twice!) was a no-brainer for us. All of their bagels are vegan, and are boiled/flavored to perfection. Plus, the coolest part is that they even offer Toffutti cream cheese - or hummus - as vegan toppers. CH and I liked their bagels so much that we splurged and bought a baker's dozen to take home with us! We tried the onion, garlic, pumpernickel, "everything," rye, and jalapeno bagels. And guess, what? The traditional onion bagel won hands-down. 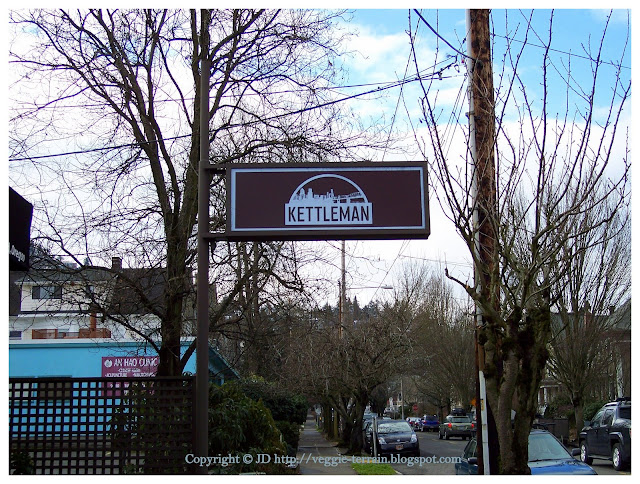 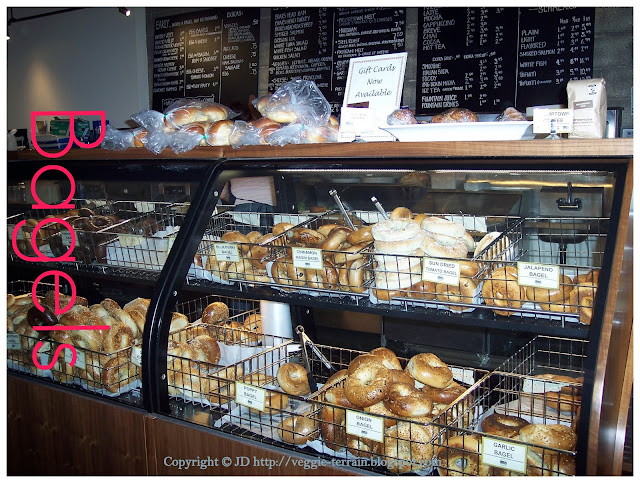 One of our near-Portland stops was the famous Bob's Red Mill.

As I think I've mentioned before, I'm obsessed with grocery stores, farmers' markets, and the like. Thus, it's probably not surprising that this place turned me into a hyperventilating mess. (CH was quite impressed, too.)

The Mill was packed with all of the great Bob's products that you can find in your local store - multiplied by 100! There were aisles and aisles of grains, dried beans, flours, seeds, gluten-free items, breads, cereals, and more. They even had a restaurant and - my favorite! - a file cabinet full of free recipes for customers to take. 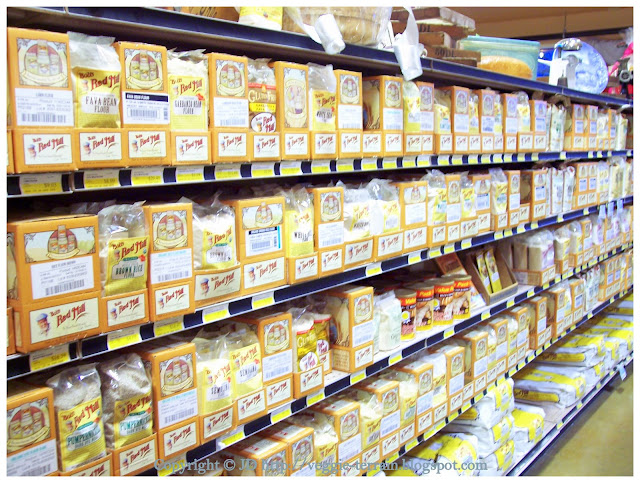 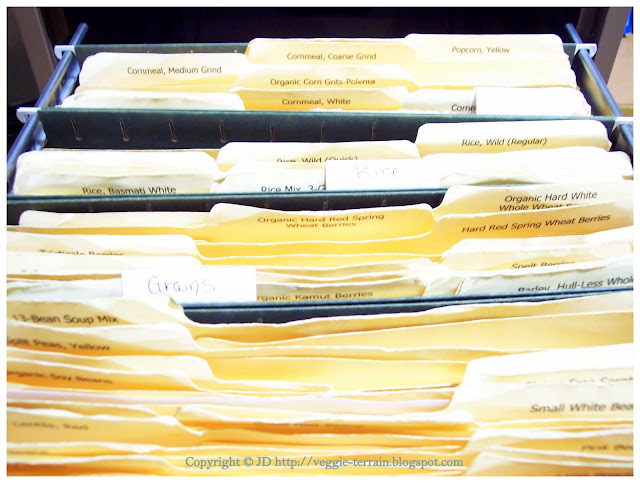 One of the many places that we revisited on our trip was Alameda, a brewery that offers both delicious beer and great vegetarian food. My favorite thing on the menu is the veggie "Harvest Burger," which is made from the left-over grains used during Alameda's beer brewing process. Clearly, it's the most delicious "recycling" scheme going. 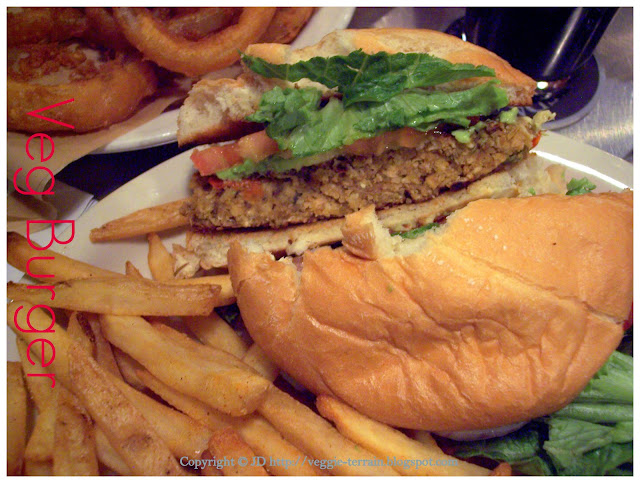 Another one of our stops was at Hopworks Urban Brewery, because - honestly - what's a trip to Portland without a few beers? The brewery is fairly new (it was under construction last time we were in town), and it offers a wide variety of drinks and locally-sourced pub grub. Hopworks also claims to be powered by 100% renewable energy, and it brews/serves only organic beers. Very cool. 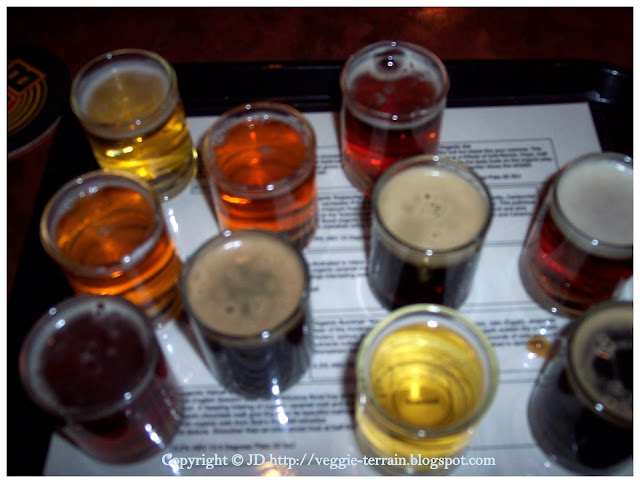 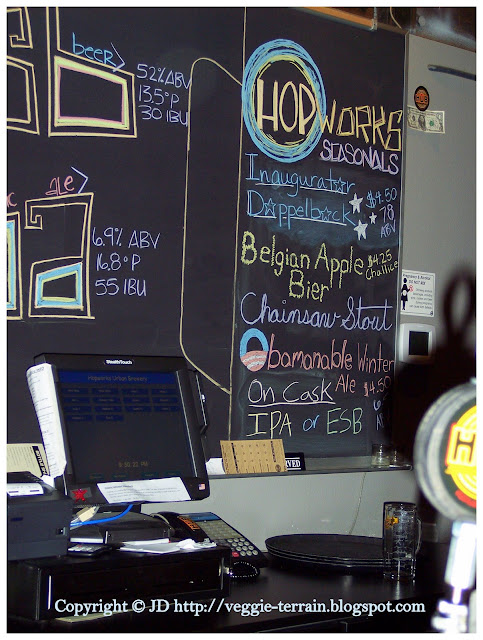 on tap, an ode to our President: the Obamanable Winter Ale

French fries have been one of my vices since I was a little girl. And although I've all but given the fast-food version of them up, I'm still a sucker for fresh fries, whether they come from my very own oven or the Illinois State Fair.

Thus, imagine my delight when CH and I discovered Potato Champion, which is a late-night food cart stationed in downtown Portland. They offer small- and large-sized french fry cones, as well as french fries topped with (vegan!) poutine (aka: cheese curds and gravy). Potato Champion also stocks a variety of interesting sauces/dips for your fries, such as rosemary truffle ketchup and Dijon mustard.

CH had the vegan poutine (not my cup of tea, but he loved it), and I had a large cone of the regular fries with plain old ketchup. Our verdict: best french fries ever. Seriously. 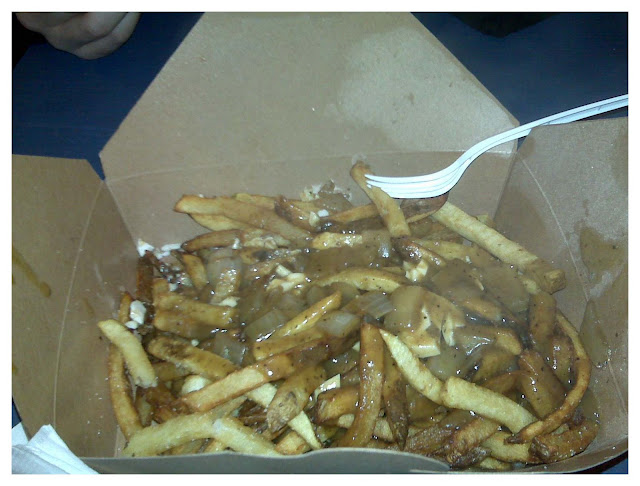 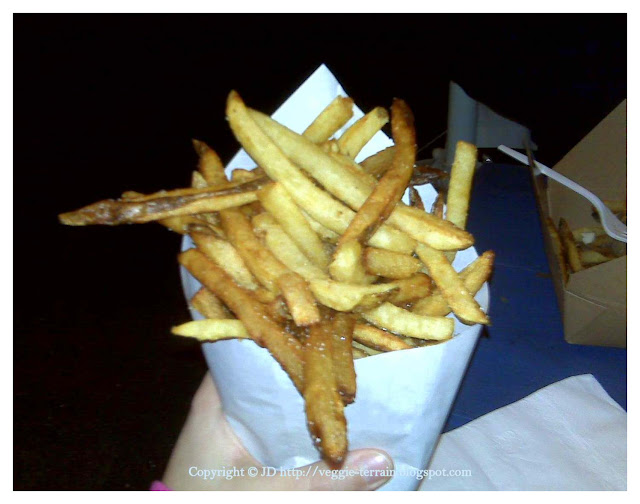 Next on our list was Kitchen Kaboodle, which is practically an Oregon institution. (It also happens to be one of the places we revisited from our last trip - I just can't resist a good kitchen store!)

Our favorite find during this visit was the "Gurgle Pot," which is a jug that's shaped like a fish and makes an amazing "gurgling" sound when you pour water out of it. Something about the jug was completely mesmerizing, although you probably have to hear it for yourself to understand why. Unfortunately, I wasn't quite brave enough to buy it and risk breaking it on the plane ride home, so it looks like I'll be coveting that fish for awhile... 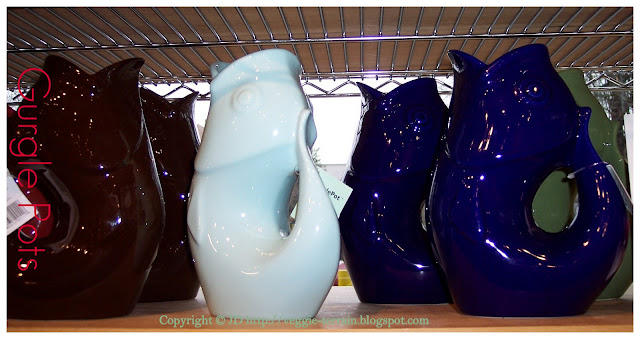 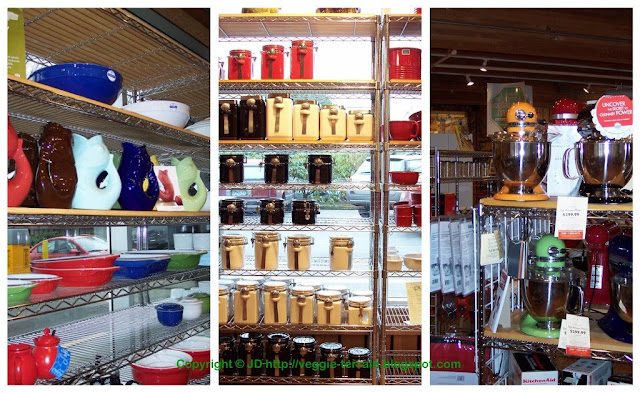 One of the last places that we visited was St. Cupcake - just one of the many bakeries in Portland that creates vegan desserts.

When CH and I stopped in, the place was completely packed with tons of screaming little kids, there was no seating available, and the cupcake line was practically snaking out the door. Frankly, it didn't look good. Luckily, however, we decided to stay and fight the good fight, and were handsomely rewarded with some very tasty cupcakes. (FYI: The flat-topped vanilla cupcake is the vegan one.) 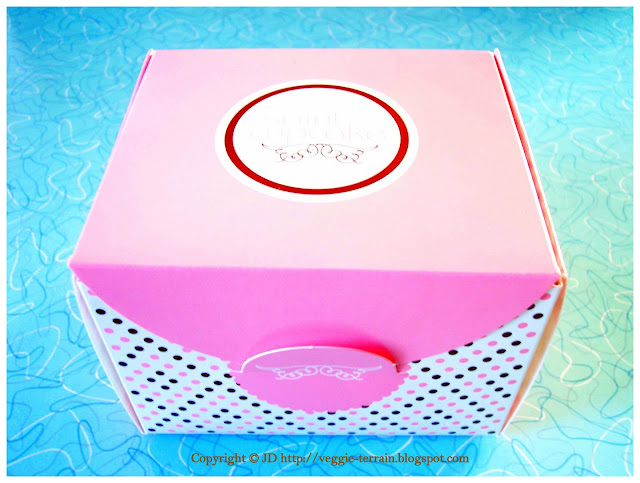 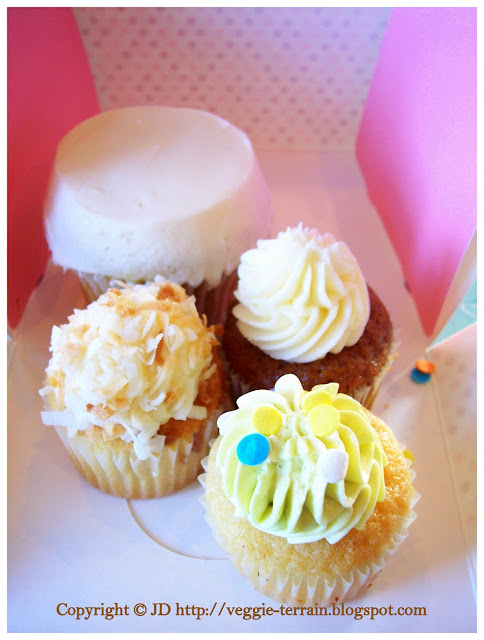 Still can't get enough of Portland?


Check out my other post:
Portland: Food & Sights + the Inside Scoop.


It'll make you wanna run right out and by a plane ticket,
if you're not already lucky enough to live there, that is!
Posted by jd