What's the Deal with Organics?

This is one of the first posts that I began writing back when I initially started Veggie Terrain. At that time, I was just beginning to fully appreciate the importance of "organics," but was also aware of many of the questions and much of the confusion surrounding organic food. As a result, I began writing this comprehensive article, which I'm finally posting - just in time for summer's abundance of fresh, organic fruit and produce!

There's been a lot of talk about buying organic over the past few months. People seem to be going crazy for Whole Foods, and there's lots of whispering about people incorporating "organics" into their "green lifestyles."

But what exactly does "organic" mean, and what are the benefits of going organic? Furthermore, when is it important to spend the extra money on organic produce, and when is it okay to skip organics all together?

Well, if you've been wondering about any of these issues, you're in luck! Read on to find the answers to these, and many more questions, below. 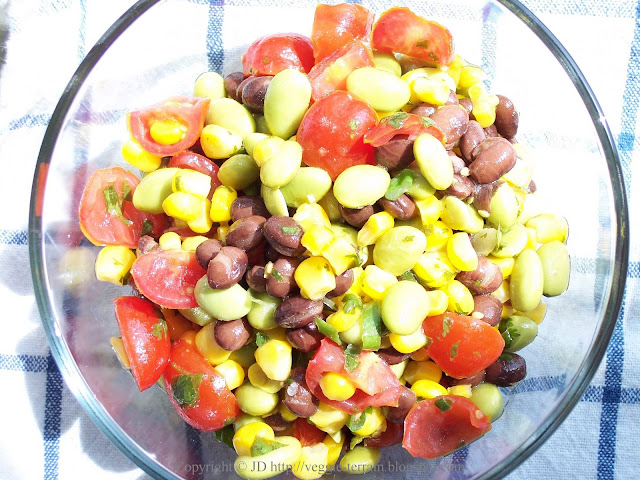 As much as I hate to do it, I'm planning to start posting shorter blog entries during the next couple of months. Tomorrow is the official start of my Bar Exam prep classes, which means that things are about to get a little crazy around here.

Imagine my surprise this evening, when an email with the following subject line appeared in my inbox:

"Hmm..." I thought. "Could this be from someone who reads my blog? Or maybe it's from a family member or friend who decided to become a vegetarian. How weird."

Well, I was wrong.

It wasn't from anyone who I knew, nor was it from one of you fantastic bloggers. Instead, it was an article from www.slate.com, which is an on-line mostly politically-based "magazine," and is honestly one of the last places that I'd expected to read about vegetarianism.

Thus, I began reading the article, fully expecting to encounter a tirade against vegetarianism - "Humans are meant to eat meat! Vegetarians have such a superiority complex! It's impossible to get enough protein if you're eating like that!" Etc. 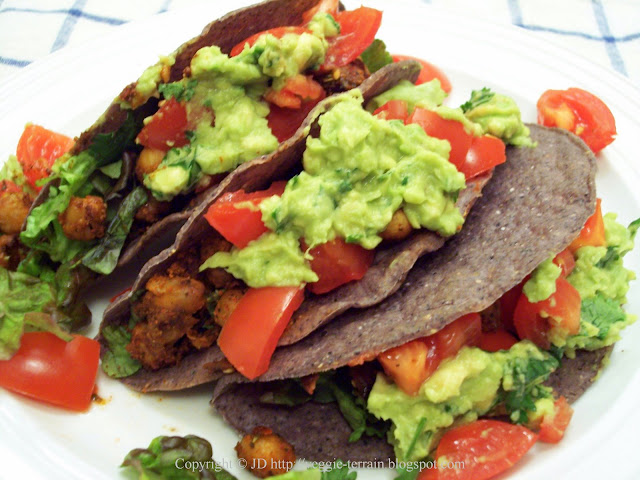 Well, get ready to say "Hello, Delicious!" because these Chickpea Tacos are INSANELY fantastic! They're one of the few meals that I could probably eat every single day and never get sick of (see also: Spicoli Burgers and Black Beans + Rice w/ Sweet Potato Cubes)!