VeganMoFo: The End + Some Thanks! 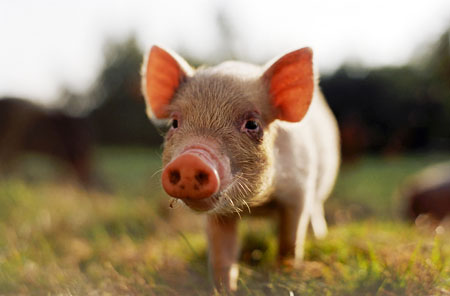 It's hard to believe, but VeganMoFo is over, which means it's time for a bit of reflection and a few big thank yous!


First and foremost, I gotta say - getting involved as a blogger this year was fantastic.  Every other year I've stood on the sidelines, opting not to participate because I knew I'd never be able to publish a post every single day.  This year though, I threw caution - and the quest for perfection - to the wind, and I'm so glad that I did.  Taking part in Vegan MoFo 2010 not only encouraged me to get back on the bloggin' wagon, but it also reignited my passion for living a truly compassionate life (which was a happy side-effect).

Second, to the friends and family members who asked me about VeganMoFo, and shared positive comments with me about Veggie Terrain, thank you so much.   I felt truly proud over the Thanksgiving holiday when I was able to explain that "like 500 of us vegan bloggers" were participating in "this thing called VeganMoFo," which "stands for 'Vegan Month of Food,'" and is an "awesome thing where everyone tries to publish as many vegan-related blog posts as possible for the entire month of November..." 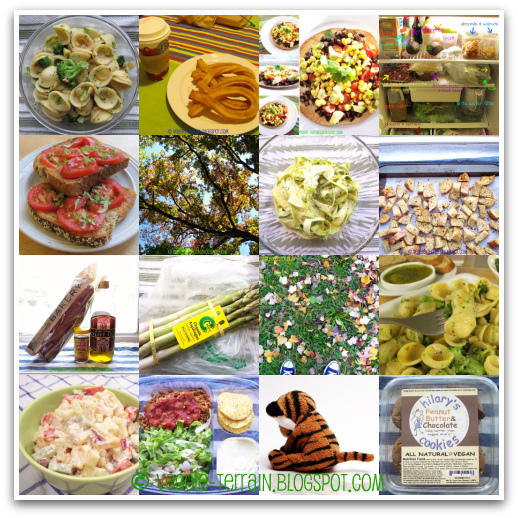 Somehow - probably due to peoples' bizarre respect for anything that occurs "on the internet," and likely because there's strength in numbers - mentioning MoFo and the number of people involved with it really got many of you talking to me about veganism for the first time, which was beyond cool.  Thanks for making me feel like you were interested, even if you wouldn't touch nutritional yeast with a 10 foot pole!

Third, and finally (although certainly not last in a figurative sense), to my vegan cohort - thanks for inspiring me each and every day, multiple times a day, with your gorgeous, thought-provoking, hilarious, creative, delicious, inspiring, food-porn-o-licious posts.  I spent hour after precious hour of time, drooling over your blogs, shrieking with delight as each Google Reader click led me to yet another fantastic vegan blog that I somehow didn't know existed (like SnarkyVegan, Vegan.In.Brighton, and Panda With Cookie)...

Nothing quite compares to basking in the glow emitted by other like-minded people, and this month, that glow shown very brightly in the blog world.

So, although I wasn't able to post every single day, and surely didn't comment as often as I would have liked, taking part in such a large-scale vegan movement really made me feel like I was part of a family - and a part of something bigger than myself.

The warm, fuzzy feeling that I felt inside was pretty nice, too.
Posted by jd