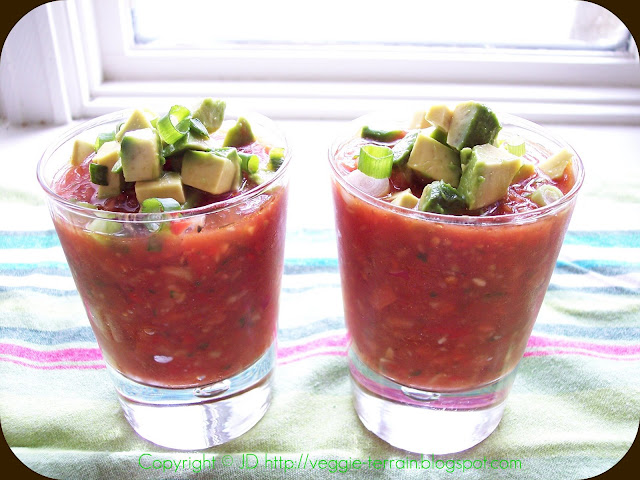 Anyone familiar with traditional Spanish tapas can attest to the fact that the phrase "vegan tapas" is almost an oxymoron. Which means, of course, that tapas are exactly what CH was in the mood for on his b-day a few weeks ago! (Not vegan tapas, per se, but I digress...)

As a result, when I decided to make him a delicious spread of vegan tapas for dinner, I felt like I was grasping at straws. So, I kept racking my brain for ideas based upon the food that we encountered in Spain years ago. Unfortunately, that method wasn't exactly fruitful, particularly since all of my "tapas memories" consisted of downing pitchers of sangria while CH enjoyed jamón ibérico and various cheeses. Ick. 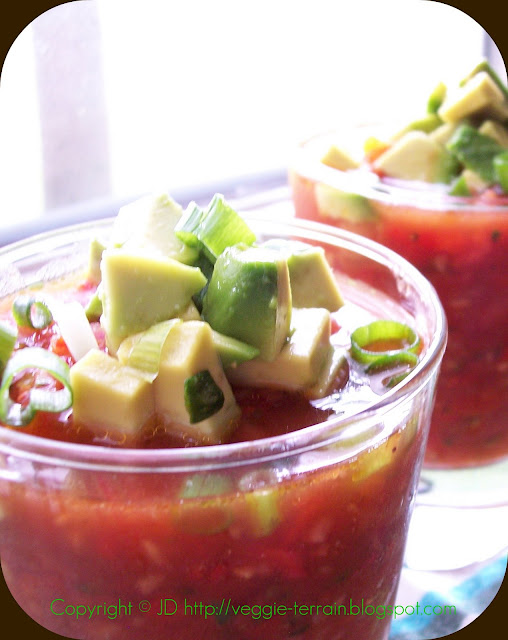 An hour or so later, after mucking about on The Google for far too long, I realized it might finally be time to throw in the towel. There were just no good tapas recipes out there - nothing that was catching my eye anyway. Maybe it was better to scrap my plan and chalk this vegan tapas idea up to temporary insanity. I mean seriously, I might as well be taking on French Haute Cuisine or something. Talk about un-vegan friendly!

That's when it finally hit me: who cares about tradition? Tapas are really just small dishes that are meant to be shared, right? So, what's the big deal if they aren't your typical meaty-cheesy-so-un-vegany things?

Yes, I guess you could say that I had a cuisine epiphany. I'm embarrassed to say it took me so long. 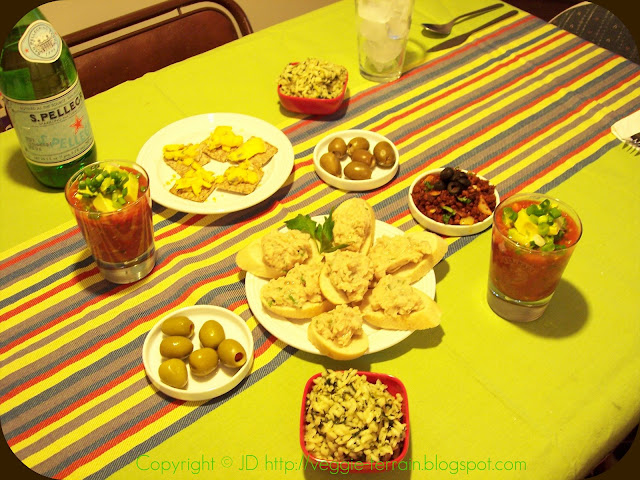 After that revelation, I got to work on a variety of tapas with a "Mediterranean" (ie: Spanish/Italian) flare.

Our meal consisted of: 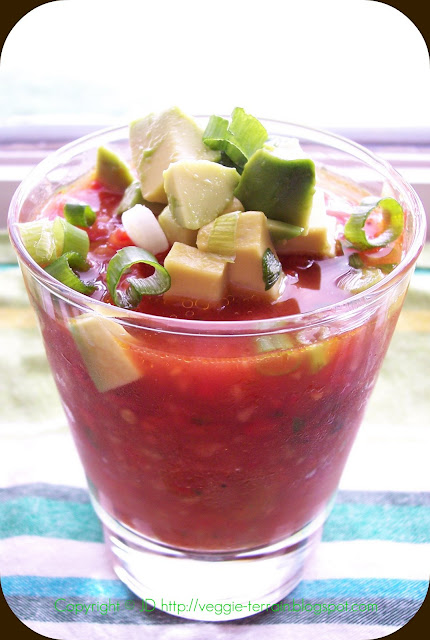 For those of you unfamiliar with gazpacho, it's a cold, tomato-based, raw, vegetable soup. It originated in Spain, and has a well-deserved reputation for being refreshing, which is one of the reasons it's often served in the summer.

I know, I know - if you've never had gazpacho before, that description probably doesn't sound too appetizing. Cold tomato soup sounded like a pretty bad idea to this V-8 hater, too. However, it's one of those dishes that you can easily fall in love with at first bite. 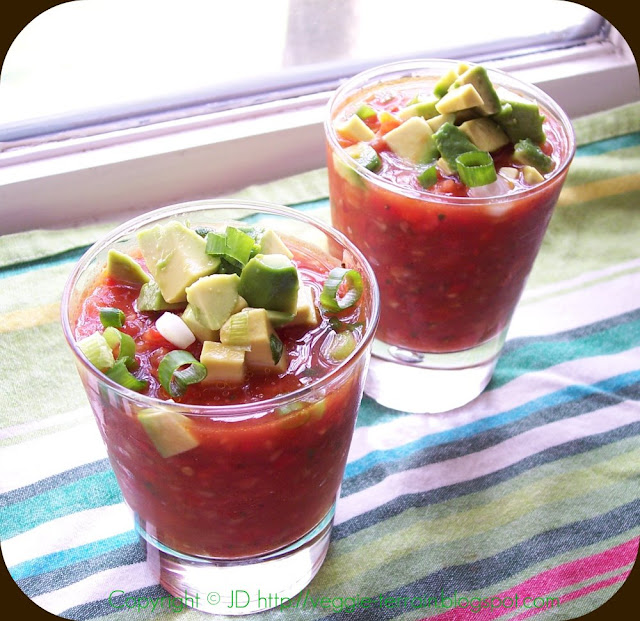 1.) Roughly chop cucumbers, bell peppers, tomatoes, & red onions into 1-in. cubes.
2.) Put each vegetable separately into a food processor fitted with a steel blade, & pulse until roughly chopped. Do NOT over-process!
3.) After processing each vegetable, combine them all in a large bowl. Then add the garlic, tomato juice, vinegar, olive oil, salt, and black pepper.
4.) Mix well & chill thoroughly before serving.

Note: I added sliced scallions and diced up avocado to the soup as a tasty garnish, and, frankly, I don't think the gazpacho would be complete without it. Some finely minced jalapenos or Sriracha sauce would make a great addition as well... 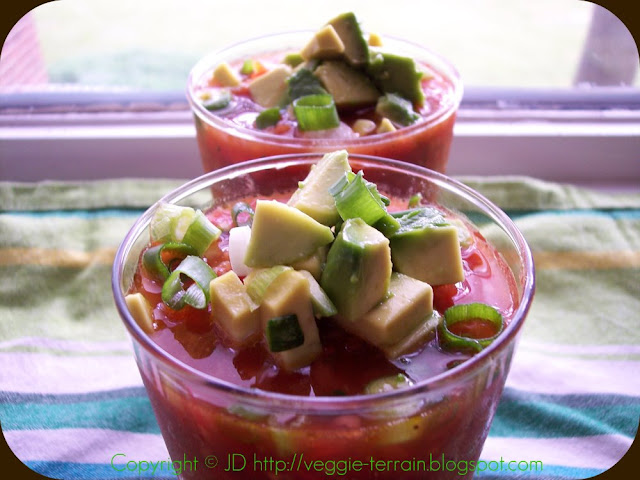