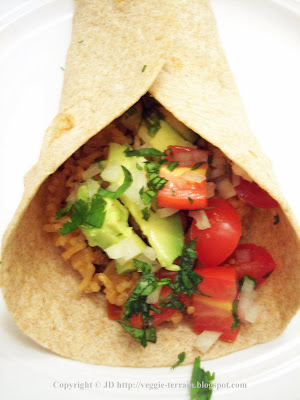 Tacos are, without question, one of my absolute most favorite foods. I especially love how versatile (even if "inauthentic") they can be. And obviously, as a result of their flexibility, almost everyone has his/her own spin on tacos. There's the rice v. no rice rule; the refried beans v. whole beans policy; and even the taco "meat" v. just veggies maxim.


As for me, I typically prepare one of two basic kinds of tacos. One is based on seasoned taco "meat," while the other is based on whole black beans. And of course, some variation on guacamole and salsa is always part of my tacos, too.

That almost goes without saying... 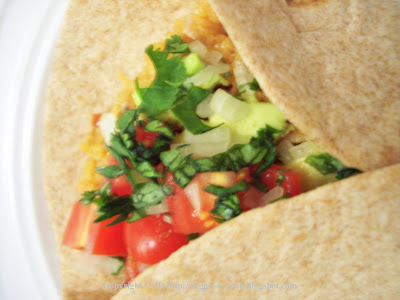 Just like a little baby, nestled in a blanket. Awww...
However, despite my affection for said tacos, I thought it might be fun to try expanding my repertoire a bit. Thus, the tacos pictured here are a result of that attempt. And although they were visually stunning (excuse the lack of modesty, here), I think their flavor was a bit understated due to the tomatoes being out of season. Boo!

So, instead of posting a recipe - since I'm sure you already have your own spin on things - I'll just list the ingredients that I used to make these particular tacos muy guapo. I'm sure yours will be very handsome, too! 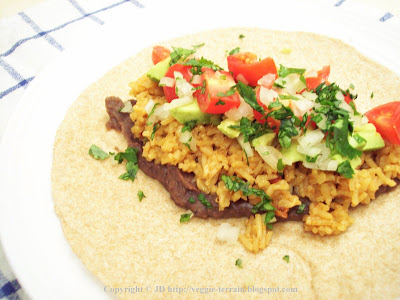