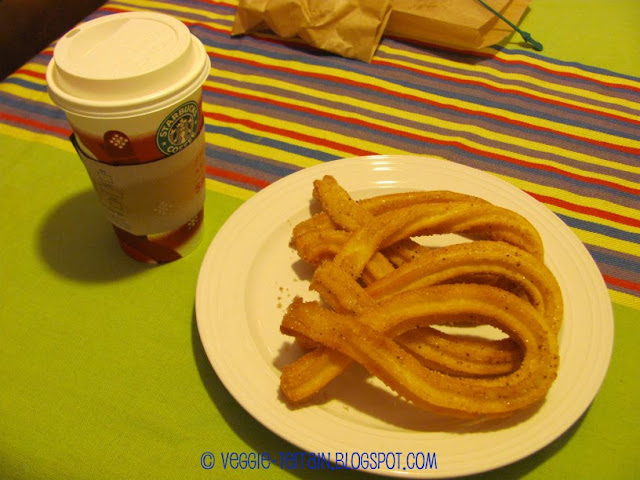 You might not know it, but this is what love looks like: churros from Rick Bayless' restaurant, XOCO.

Please, allow me to explain.

Yesterday afternoon I got a call from CH. We discussed how both of our days were going, and of course, what each of us had eaten for lunch.

But I was mad. A least a little. And, yes, I am aware that I completely overreacted.

Fast-forward to 6 hours later, and in walks CH with a couple of bags of delectable, freshly-made, cinnamon and sugar covered churros - which, as we discovered during our time in Spain, is also one of our "things."

Before coming home from work, CH had thoughtfully skipped on over to XOCO (which is owned by the same guy as Frontera Grill, and is yet another restaurant that we were planning to visit), and picked up dessert.

Yep, that way I didn't have to feel completely left out, and we were able to share food from one of the Bayless restaurants that CH has been yapping about for ages!

He even made sure that the churros were vegan - double-checking with the chef about ingredients - and everything.

It's true, CH is a pretty darn sweet guy.

And I'm the one with (vegan) egg (substitute) on my face. 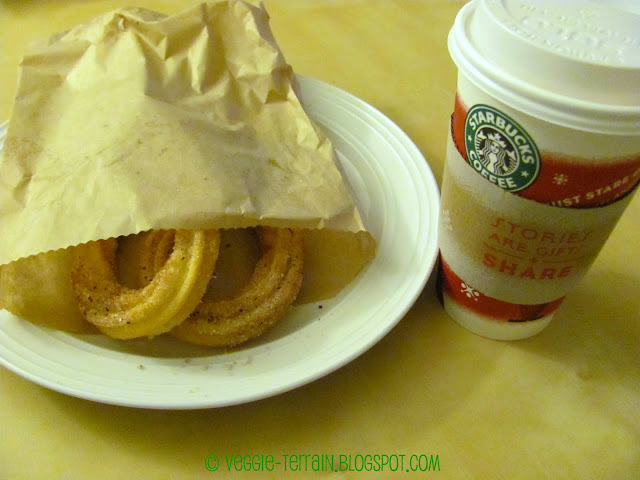