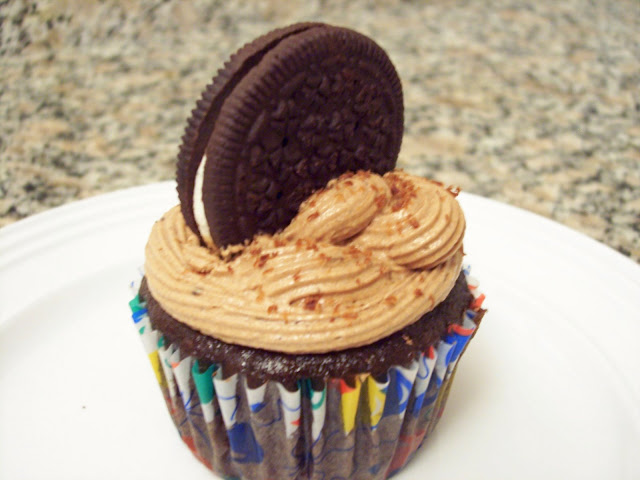 Well, so much for being on a roll re: frequent posting!

Like many of you, I've been visiting family and friends for the holidays, which has caused my posts to slow down a bit. However, although I haven't been posting much lately, it actually feels like I've been cooking more than ever...
Not only did I prepare Christmas dinner (which included Couscous + Black Bean Salad, Creamy Dijon-Dill Potato Salad, and a huge batch of Oh Baby, Baklava for dessert), but I also got to bake some scrumptious cupcakes for my aunt's birthday.

Thus, pictured in this post (and the accompanying one) is clear evidence that vegan cupcakes really are taking over the world!

And, since I know that almost everyone has the cookbook from which these recipes are taken, I'll skip the recipe, and just let you know that these are the "Basic Chocolate Cupcakes" topped with left-over "Vegan Fluffy Buttercream Frosting," which I added some cocoa to, for color.

I decorated them with Trader Joe's Joe-Joe's (which are like Oreos), and some dark chocolate "shavings" created by using a microplane zester. Mmm... 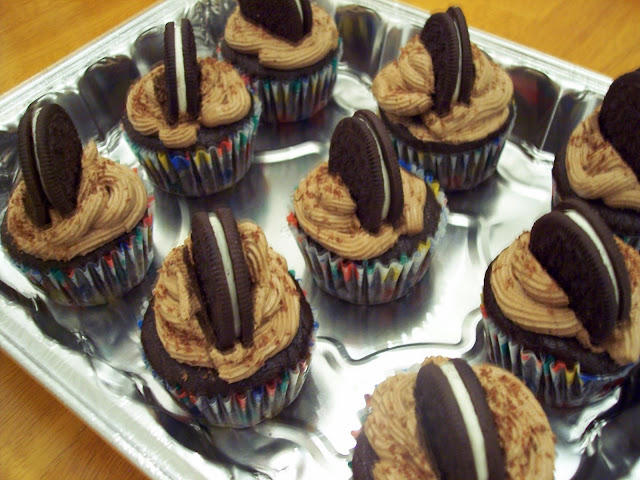