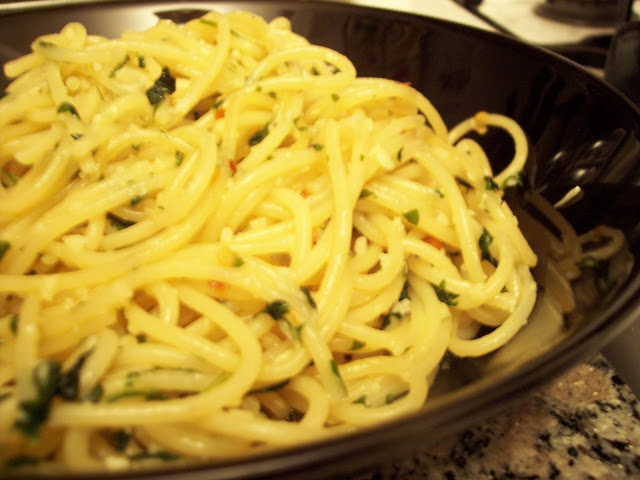 Thanks to the crazy ice storm that slammed into the Midwest this past weekend, CH and I were stuck in our apartment for two solid days. We attempted to venture out for dinner on Friday night, but after ice skating to the car and hearing sirens incessantly blaring, we decided driving probably wasn't the best idea.

So, we returned to the warmth of our apartment, snuggled up on the couch, and got ready for a serious "Sopranos" marathon. And even though we've both seen almost every episode twice, we decided to start at the very beginning, instead of skipping ahead to the season we haven't seen yet (ie: Season 6). How's that for self-control?

Anyway, between vicariously visiting the Bada Bing and accompanying Tony Soprano on a hit or two, CH and I realized that an insane amount of food is consumed on that show! Honestly, it's almost impossible to watch the "Sopranos" without becoming ravenously hungry, no matter how recently you just ate. In fact, I'm getting hungry now just thinking about it...
Alas - not surprisingly - we gave in to temptation and ultimately ended up making a boatload of pasta. Of course, I had to make some garlic bread to go along with it, too. And while I typically prefer bruschetta with this particular pasta dish, the garlic stuff really hit the spot.

Oh, and here's a bit of fair warning: If you don't completely love garlic (and by "garlic" I mean more than just a few cloves) you probably shouldn't go near this recipe. However, if you do like it, hold on to your hat - this dish is gonna be love at first bite. 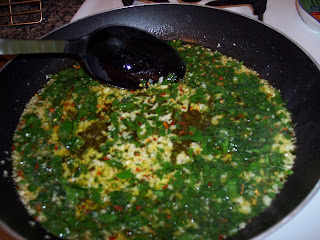 1.) Place pasta in large pot of salted, boiling water. Cook until al dente.
2.) While the pasta is cooking, heat the olive oil in a large pan over medium heat.
3.) Add garlic to the pan, stirring for about 30 seconds, without letting it brown.
4.) Add cooking water (from the pasta) to the pan, along with red pepper flakes, salt, & parsley.
5.) Bring sauce to a boil, then reduce heat & simmer until pasta is done.
6.) Toss pasta & sauce together, & serve immediately.

(Print, Email, or Text this Recipe)
Posted by jd