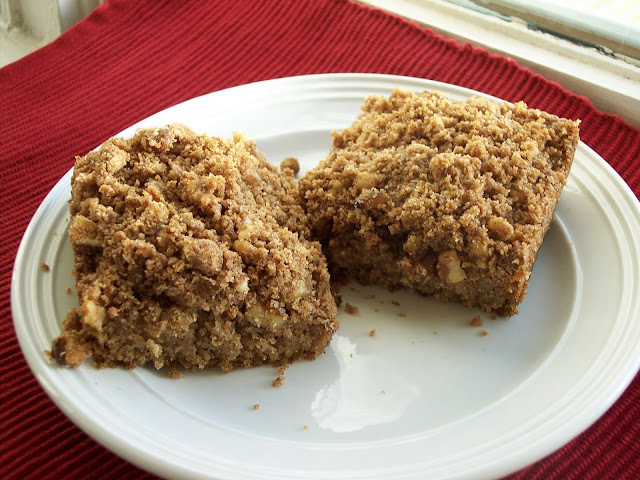 I bake things when I'm stressed, that's just the way it goes. For some reason, the scientific, uber-exactness that's typically involved with baking helps calm my nerves.

The truth is, it actually gives me something different to focus on - somewhere else to direct my energy - as opposed to focusing on whatever happens to be bothering me at the moment.


Right now, law school finals are looming ominously over my head. My last class of the semester was on Wednesday, and I can't quite seem to get motivated enough to properly begin studying. I really think there's been something weird going on this whole semester... like part of me is still convinced it's the final few weeks of summer, instead of the first few weeks of winter. Ugh.

Anyway, in just 10 days or so, I'll be sitting in a crowded room, listening to a million computer keys clicking away, trying to remember the differences between the per stirpes and per capita intestacy distribution schemes. Pretty exciting, no?

So, in true "Ms. Procrastination" form, I've been mucking about with baking soda, vanilla extract, and brown sugar, instead of keeping my head "in the books" (which apparently do NOT include cookbooks).

As a result, I've been able to test out a couple more goodies from "The Joy of Vegan Baking," which contains the most dangerous collection of recipes I've located to date.

This post contains a tasty (and not overly sugary) breakfast coffee cake, which is also excellent with tea. The next one highlights a delicious peanut butter cookie recipe, while keeping the commentary to a minimum.

Because, you see, I really should be baking right now. Uhh... I mean STUDYING!

1.) Preheat oven to 350 degrees F, & grease a 9in. square baking pan/dish.
2.) To make the cake, combine the milk, oil, & vinegar in a bowl & set aside.
3.) In a large bowl, mix together the flour, sugar, baking powder, baking soda, cinnamon, ginger, & salt. Add the milk mixture & stir until just combined. Pour into the greased baking pan.
4.) To make the crumble, combine the flour, sugar, cinnamon, ginger, salt & walnuts in a small bowl.
5.) Add the butter to the nut mixture, using your hands to thoroughly work it into the dry ingredients. Spoon the mixture on top of the batter, covering the entire cake.
6.) Bake for 35 - 40 mins., or until a toothpick inserted into the middle of the cake comes out clean.
7.) Let it cool slightly, & serve it warm or at room temperature.


(Print, Email, or Text This Recipe)
Posted by jd